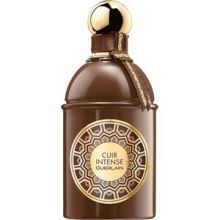 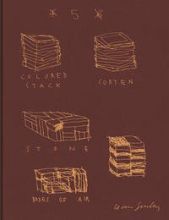 Sean Scully's abstract paintings are world-famous. In them he moves far beyond a purely formal confrontation with color, form, plane, and light by also incorporating his attitudes toward art, society, ethics, and metaphysics. To date, however, little attention has been paid to the fact that he also creates sculptures. For these, Scully layers elements made of steel, stone, bronze, and painted aluminum on top of each other, creating horizontal structures that expand upward, yet are also linked to the stripes in his paintings. This monograph is now the first to compile Scully's important sculptures in a single volume. Besides numerous pictures, it also contains extensive essays about his work. Sean Scully (*1945, Dublin) is one of the world's most acclaimed contemporary artists. His oeuvre is characterized by an intense confrontation with Abstract Expressionism, Action Painting, and Minimalism. Sean Scully divides his time between New York and Munich. His works will be shown again in many exhibitions in 2019. EXHIBITIONS: May 5-September 8, 2019 LWL-Museum für Kunst und Kultur May 8-October 13, 2019 San Giorgio Maggiore, Venice

Political TV Advertisements as a Part of Political Marketing in U.S. Elections

Studienarbeit aus dem Jahr 2017 im Fachbereich Amerikanistik - Kultur und Landeskunde, Note: 1,3, Universität Hamburg, Sprache: Deutsch, Abstract: There is no other country apart from the United States of America in which campaigning takes such a large part of the election process. Political debates on television, public speeches of the candidates, advertisements on the internet and TV - it all starts many months before the actual election and millions of US-$ are spent. Once the final candidate for the Democratic and the Republican Party is elected, about five months before the election, the election campaign features those two candidates only. Already due to their party affiliation their political opinions differ, which mostly results in an intense campaign. This was also the case in the previous election in 2016 in which the final candidates - Hillary Clinton for the Democratic Party and Donald Trump for the Republican Party - could not be more different. Trump, the clearly underestimated candidate, who first surprised the world as he won the primaries, landed an even bigger surprise when he was elected as president. His language and appearance polarized throughout the campaign and the question arose, how he managed to persuade almost the majority of the American citizens. This term paper focuses on political TV ads as a part of political marketing and more specifically on the final pitch of Trump and Clinton to their potential voters, in other words their last aired TV advertisements. In the first two chapters the theoretical framework is provided. At first political marketing, the significance and different kinds of TV ads and the closing ad in particular, are explained. Afterwards the theoretical criteria for the analysis of the closing ads are presented, e.g. the AIDA model, the concept of political framing and the rhetorical political analysis. In the main part Trump's closing ad is analyzed in detail and is compared to Clinton's final ad afterwards, whereas Clinton's analysis is not a separate chapter but the basis for the comparison. Do those findings reveal clues which suggest that Trumps political ads, in that case his closing ad, were more effective than Clintons political commercials? And if so, what made his closing argument more effective than Clinton's? Eventually the findings are summarized and evaluated in the conclusion and ideas for further research are given. 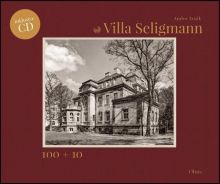